Who exactly do we sell our German Daggers to ? 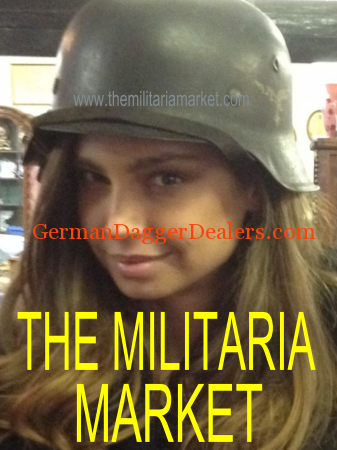 Firstly we would never sell edged weapons to juveniles .

-duped in a market saturated with fake and reworked Nazi Militaria .

In an increasingly politically sensitive world

German Dagger Dealers must stress that we take a responsible attitude towards just who we supply with Nazi memorabilia .

Those who are familiar with my writing on social media will know that my personal politics are more left than right .  Whilst I feel that political correctness might be becoming a little obsessive I hate the use of Third Reich symbolism outside of a film set ,a Battle re-enactment or museum.

Even in a museum setting flags should be kept to the minimum required to tell the story and where possible at least a 50% /50% balance should be achieved in displays .  People of Jewish heritage stand to be offended if they stumble upon Nazi iconography when innocently searching online for something completely different . A code of practice for online traders is likely to come into force sooner or later.

The webs leading
specialist buyers since 2010